Hay & Hygge at the Catalyst Loft 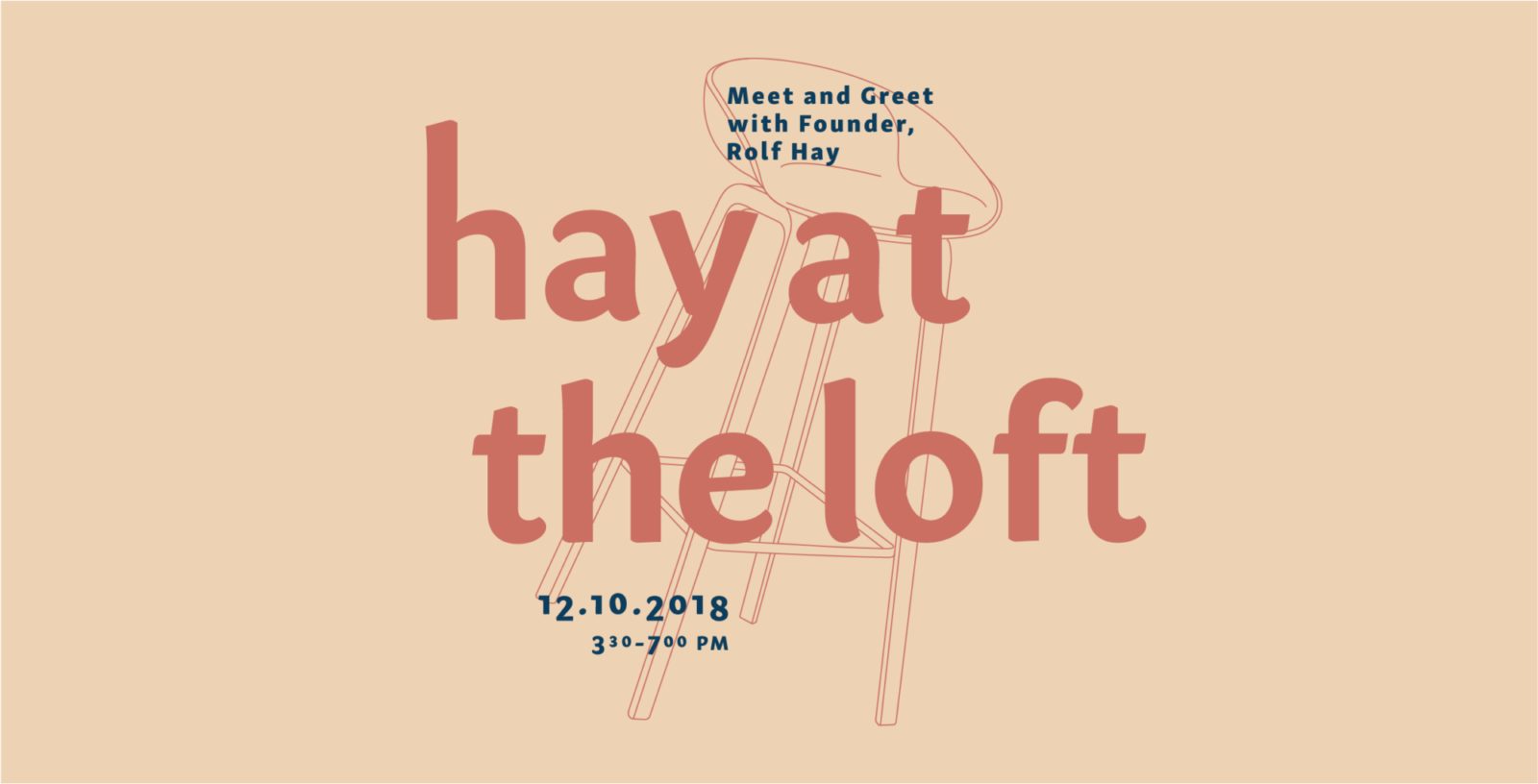 Join us for an exclusive meet & greet with one of today's leading international designers, Rolf Hay - Founder of HAY Furniture Collection.

Take a break from work - Get cozy with hygge (pronounced: hue-guh) inspired drinks & appetizers for a little holiday cheer.

Born in Horsens, Denmark in 1968, Rolf Hay was not planning on a career in furniture in his early years; however, chance took him to Germany in 1992, where he started working with a company representing Danish furniture. While working there, he met his future mentor, Peter Biehl, an experienced furniture dealer whose passion for furniture was so infectious that Rolf decided that this was what he wanted to spend his life doing.

When Rolf returned to Denmark, he began working for Danish furniture company Paustian, and later on for Gubi. During a project with clothing company Bestseller, he met the founder, Troels Holch Povlsen, with whom he shared the same dream of starting a furniture company.

In September 2002, Troels and Rolf, along with Rolf’s wife Mette, established HAY, launching the first HAY collection at IMM Cologne in January 2003. This would prove to be the beginning of a successful partnership, leading to the expansion of the HAY range and scope to international markets.

In 2018, Herman Miller Inc., the U.S.-based design and furniture manufacturer, acquired 33 percent equity in HAY along with the rights to distribute HAY in North America.

Today Rolf remains co-founder and creative director of HAY, overseeing the design, production, and development of the brand’s furniture collections.